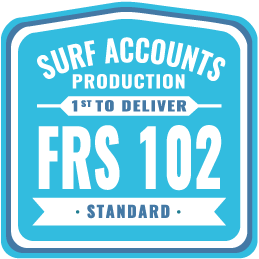 For financial statements with years starting on or after 1st January 2015 FRS 102 is mandatory. For each company transitioning to FRS 102 the comparative and pre-comparative figures will provide the transitional adjustments required to explain how transitioning from previous FRSs to FRS 102 affected the entity’s financial position.

How Can Surf Accounts Production help?

Relate Software Accounts Production is fully compliant with FRS 102. Default policies and disclosures are available within the Compliance Database which can then be tailored to suit the specific requirements of each entity.

Need help or have questions?

Toggle Menu
Surf Accounts uses cookies to give you the best experience on our websites. By using this site you agree to our use of cookies.Close